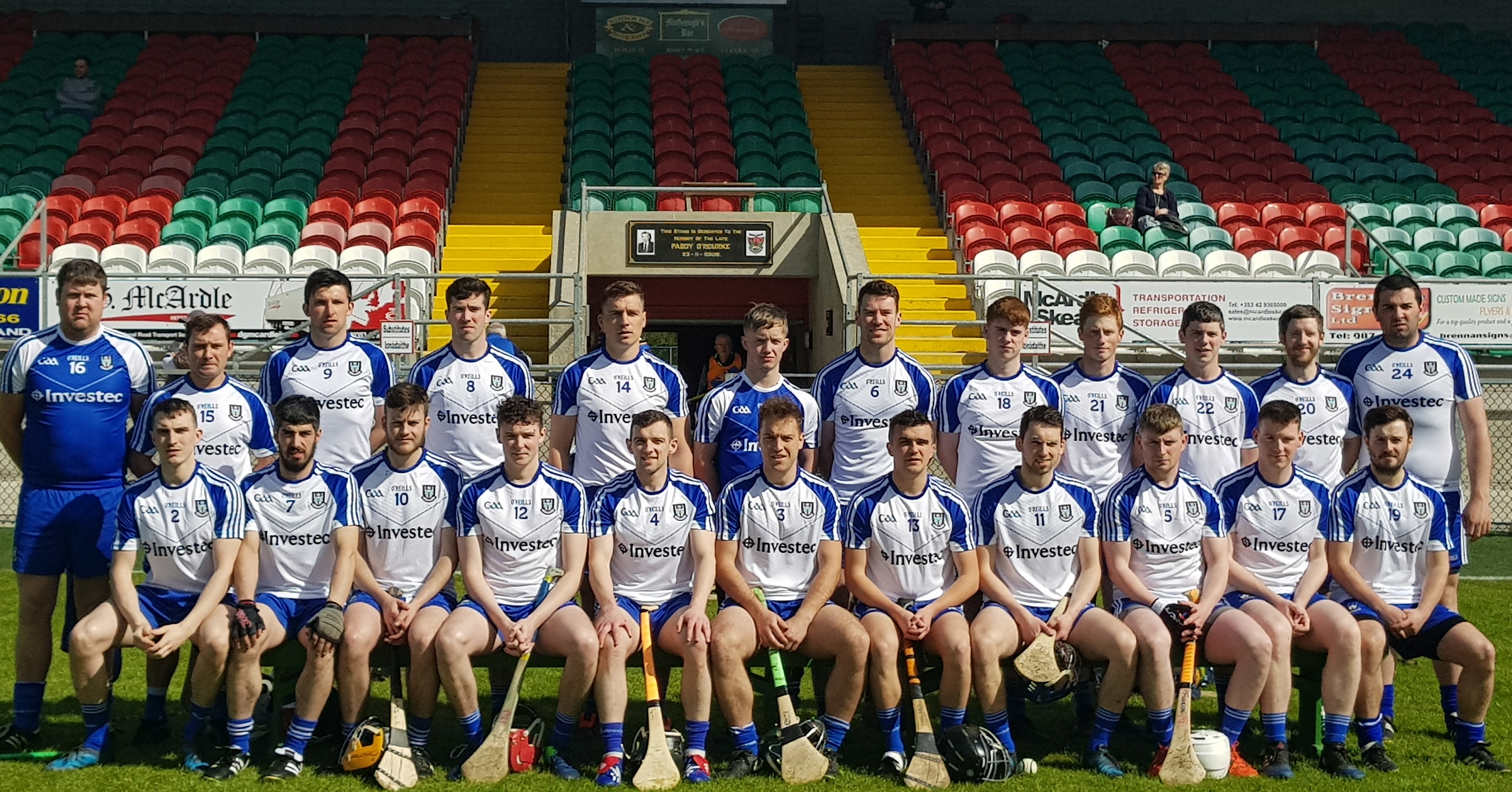 A draw was enough to see Monaghan booking their place in the semi-final of the Nicky Rackard Cup at the end of this entertaining if at times somewhat frustrating contest against Louth in St Brigid’s Park, Dowdallshill, Dundalk, on Saturday afternoon last. This was a game where Louth started the better and held a slight edge for most of the match, a game that saw the sides level on 7 occasions, 5 times in the 1st half with Monaghan only ahead twice, the 1st time in the 27th minute of the 1st half and the 2nd time in the final minute of normal time in the opening period. For the most part they were playing catch up against a sharp,  incisive Louth whose handling and tackling, particularly in defence, was crisper, but it was a contest too that was very much a stop start affair that saw the game developed into a shoot out between the relative free takers, Fergal Rafter for Monaghan, who finished with 10 points from frees, the same number as Paddy Lynch of Louth. It was a game too that ended with a touch of controversy as the referee  blew time some 35 seconds before the end of the 4 minutes of injury time  with Monaghan on the attack, one of a number of decisions that left people on both sides somewhat baffled. At the end of a tit-for-tat 1st half Louth were ahead by a single point, with Monaghan drawing level 8 minutes into the 2nd half and the sides were level again entering the final quarter. Louth then opened a 3 points lead with Monaghan, reducing it to 2 and Louth again going 3 points in front with 7 minutes of normal time remaining and Monaghan down to 14 players after two harsh yellow cards for Mark Treanor, but despite their numerical disadvantage they battled back magnificently in the closing stages to hit 3 unanswered points between the 33rd and 37th minutes, for a share of the spoils and the resultant point that put them through to the last 4. Donegal will provide the opposition next Saturday 9th  of June  –  with time and venue yet to be decided.