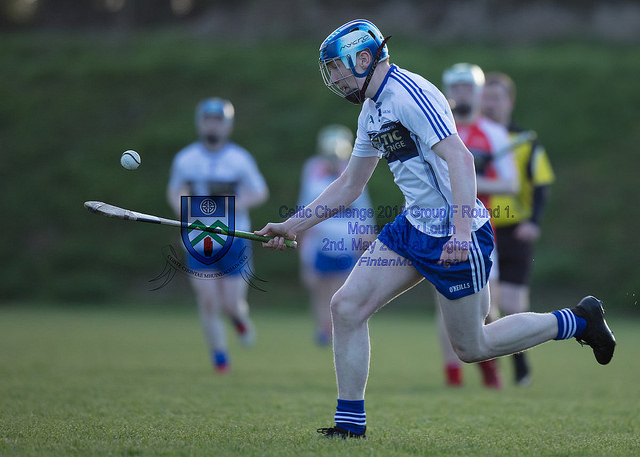 Monaghan’s U17 hurlers were soundly beaten by a far superior Cavan team in Round 3 of the Bank of Ireland Celtic Challenge Hurling Tournament at Kingspan Breffni’s 3G pitch on Wednesday last.

Played in gorgeous sunshine, the Breffnimen led from gun to tape as they blew Monaghan away with a powerful display of first touch hurling, scoring five goals in the process.

The Blues scored 1-7 without reply before Monaghan had even registered their first point, a Mikey Carville free after 22 minutes.

Amongst the scorers in Cavan’s opening spree was James Smith with a superb 65 after 7 minutes.

With Smith having also scored Cavan’s opening goal, Cian Farrelly soon added a second on 25 minutes. Despite Shane Slevin finding the net for Monaghan two minutes later, they still found themselves 2-10 to 1-2 in arrears at the break.

Monaghan battled gamely for the first 15 minutes of the second half, but their resistance was broken by Cavan’s third goal on 45 minutes, this time from Eoin Clarke.

The Farneymen did manage another goal four minutes later however through Conal McHugh, but were blown away by a Blue tidal wave in the last 10 minutes.

Conor and Jamie Masterson each bagged a goal for Cavan, and couple of late points by Eoin Clarke and Odhran Keating rounded off a great evening for Cavan, and a miserable one for Monaghan.