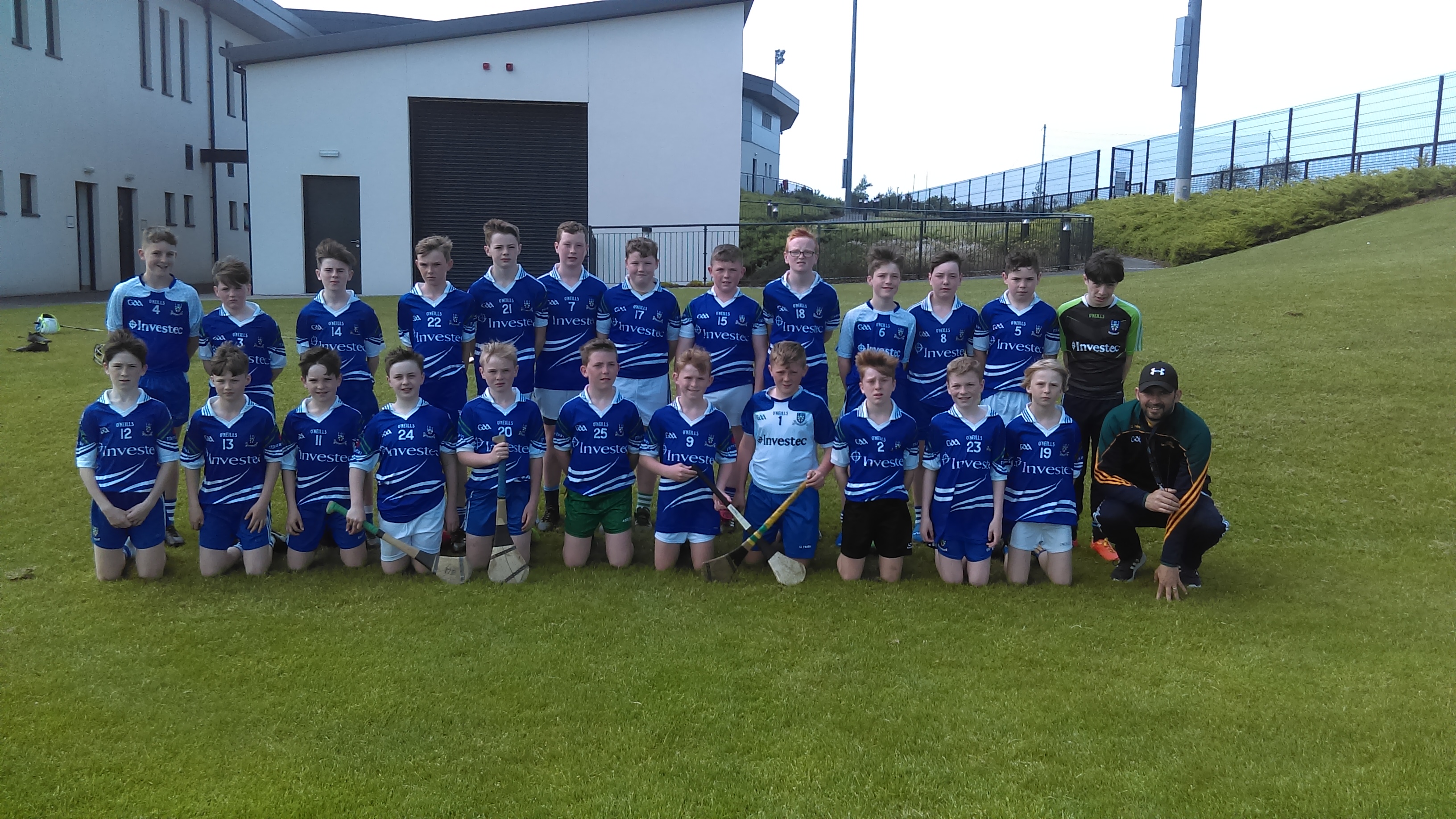 The Monaghan U-15 Football and U-14 Hurling Development Squad were in action over the weekend past.

The u-15 Football Squad played Tyrone in a sun-drenched Rooskey on Saturday morning in the second match of the Ulster U-15 Brian McClarnon Cup. Following on from a strong outing against Armagh, the team were looking to get back to winning ways and produced an excellent team performance on the day.

The match started off with Tyrone hitting the front with an early goal from a penalty, and a well-struck 45′. The Monaghan boys showed great resilience thoughout, and got on top in the middle third following on from this set-back. The forwards also started getting the better of their men with Conor Eccles, Rio Corrigan and Ryan Duffy all contributing on the scoresheet. Michael Hamill and Stephen O’Rourke were providing a constant supply of ball and the midfield pairing of Daniel McCaghey and Nathan Lavery were also going strong in this period. Monaghan’s defence also got to grips with their men with Thomas Keenan and Hugh McDonald particularly impressive. The second half saw Monaghan keep their composure in trying to break down a resolute Tyrone defence, with further majors from Michael Hammill and Gavin McSkeane. Monaghan ran out comprehensive winners in the end, and must now wait to see how the fixture between Armagh and Tyrone pans out to see if they have made the semi-finals of this competition.

Many thanks to Monaghan Harps for making their excellent facilities available for this match, and also to the parents and players in the squad for their support and commitment.

We also wish a speedy recovery to Conor Eccles who sustained a knee injury during this match.

To see some pictures from this match please click here

Also on Saturday last, our U14 Hurling development squad took part in a Provincial Hurling Blitz which was held in  the Tyrone GAA Centre of Excellence in Garvaghy.

Our U14`s were in action against teams from Tyrone, Donegal and St Galls from Belfast. In the first game Monaghan came up against a very strong St Galls team, who played against a very strong breeze in the first half, which made it  very difficult at times though the team battled very well.  The team settled well in the second half and competed very well in this period and played some fine hurling. In the second game Monaghan and Donegal faced off, and Donegal who had a strong start to the game, secured a comfortable victory. In the third and final game the opposition was Tyrone. Monaghan started brightly ,with only a goal separating the teams at half time. Tyrone started strongly in the second half , with Monaghan legs tired they still hurled well to the very end.

This was the first time some of  these players had the honour of wearing their county jersey. The team can be proud of their efforts, and there was some excellent performances throughout the day with Jason Campbell , Nathan McArdle at Midfield, and Oisin Connolly  outstanding to name a few.

Special word of thanks to Aidan Morgan, Mattie Martin and Jim Dalton for looking after the team on the day.

Monaghan Coaching and Games would like to thank all the players and parents for all the effort so far throughout the year.

If you would like any information on our Hurling Development Squads, please contact Aidan Morgan on 087 0998036 or by email on aidan.morgan.gda.monaghan@gaa.ie