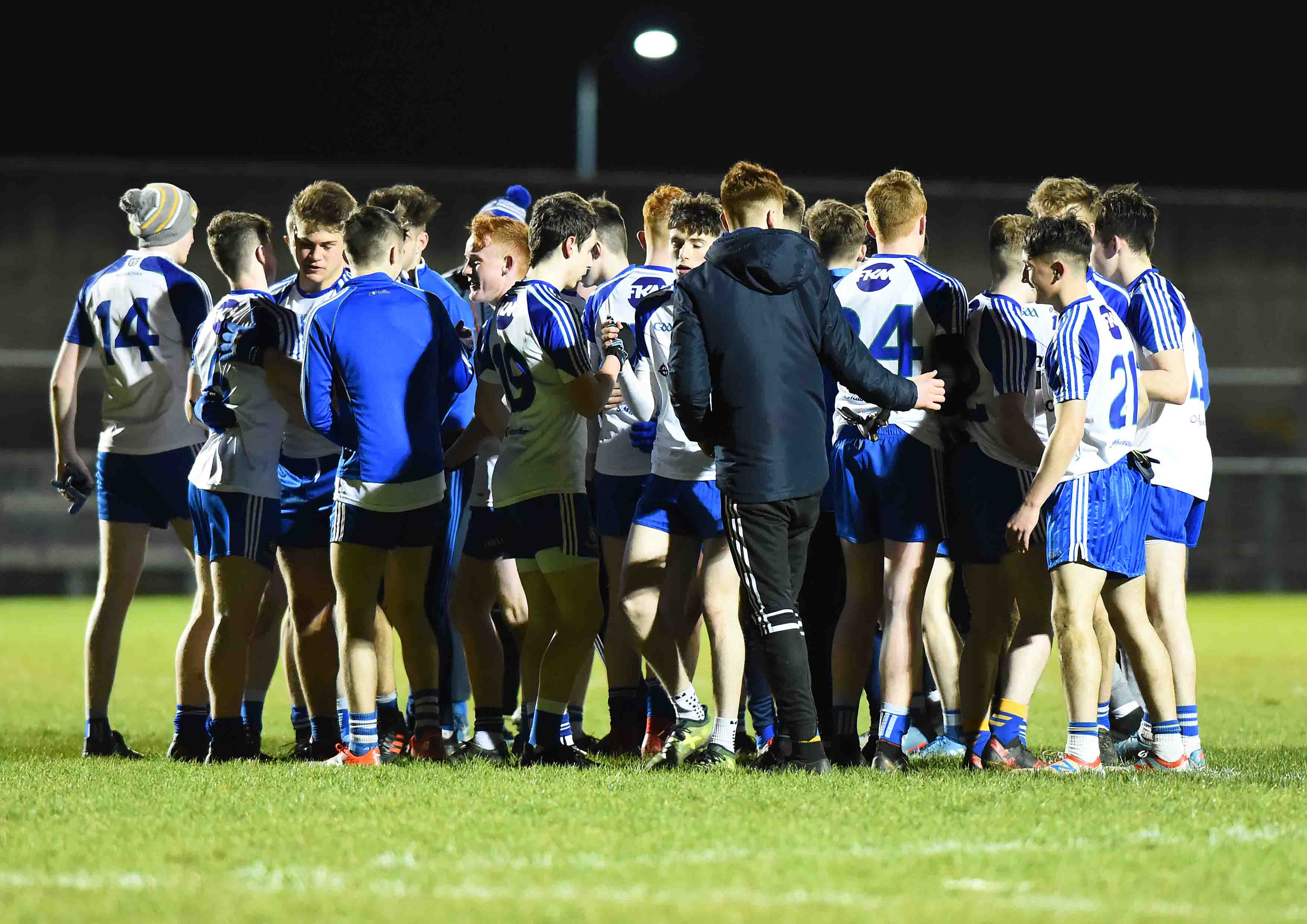 Monaghan’s U-17 side scored a second successive victory in the Ulster Minor Football League on Wednesday night when they accounted for Cavan at Pairc Grattan, Inniskeen.

The home side opened the scoring with a close-in free from Aaron Mulligan, before a brace of points, including one from Jack Trainor, had Cavan in front.

Following an equalising point from Leon McCabe for Monaghan, Cavan were back in front again with a point from full forward Eoin Clarke.

The first half was poor in terms of quality, although the windy conditions in Inniskeen were probably a big contributor to this.

Only one more score was registered in the first half, a second free from the accurate Aaron Mulligan leaving the half time score at three points apiece.

The second half saw the introduction of  Donnacha Swinburne, and with it an extra impetus to Monaghan’s attack.

Now playing with the breeze, Monaghan opened a two point lead thanks to white flags from Aaron Mulligan and Karl Gallagher.

Tiernan Madden halved the deficit with Cavan’s fourth point of the game. Amazingly though, this was to be the Breffni’s only point of the second half and last score of the match, as Monaghan were to take over from here on.

First, Jason Irwin and Aaron Mulligan hit a point apiece to put Monaghan three points in front, before the aforementioned Swinburne made his mark by successfully executing two stratospheric 45 metre kicks within a minute to leave Monaghan 9 points to 4 to the good.

With five minutes remaining, Swinburne hit Monaghan’s final point of the night to leave six between the teams at the finish.