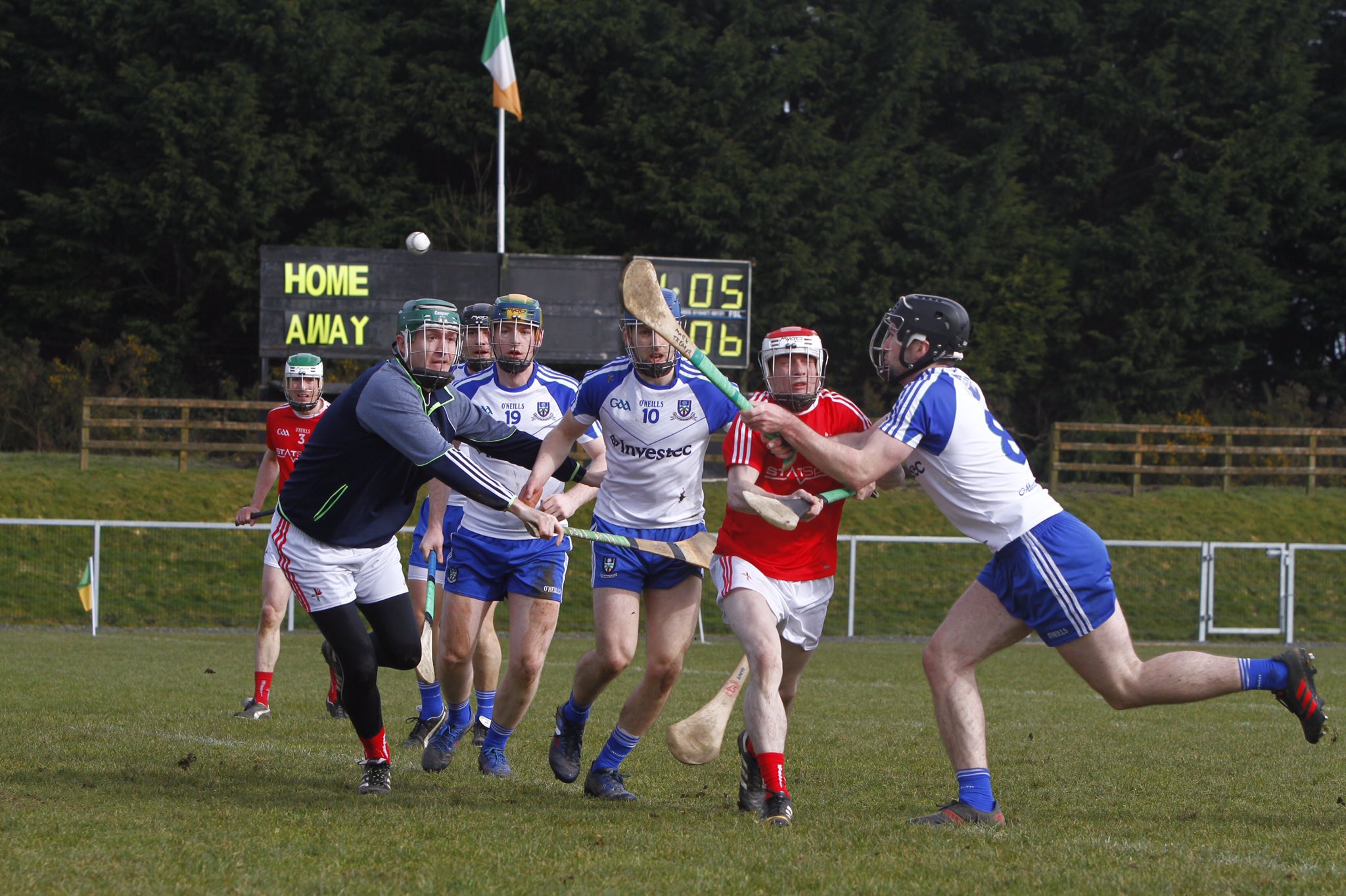 14 man Monaghan snatched a share of the spoils with a point deep into stoppage time in this closely contested if never spectacular contest that was played in good conditions in St Mary’s Park, Castleblayney, yesterday.

A draw was no more than Monaghan deserved as they had somewhat the better of the exchanges for most of the 1st half until they suffered a real body blow with the dismissal of Eamon Collins on a 2ndyellow card after 28 minutes.

Louth capitalised on their numerical advantage at this stage to rattle over 4 unanswered points from Niall Arthur, one from a free, and they went on to lead at half-time by 0-11 to 1-6.

Within 12 minutes of the resumption Monaghan were level with points from Niall Garland, and a Fergal Rafter free, before retaking the lead through Rafter in the 15th minute.

Niall Arthur capitalise for an opportunist goal in the 16th minute to give the advantage back to the visitors but Monaghan never allowed them to push on as they would have liked and pulled the game back to parity on 3 occasions before Louth took the lead for the last time in the 33rd minute, only to be hauled back to parity again 5 minutes later with a point by Niall Garland salvaging a share of the spoils for the home side.