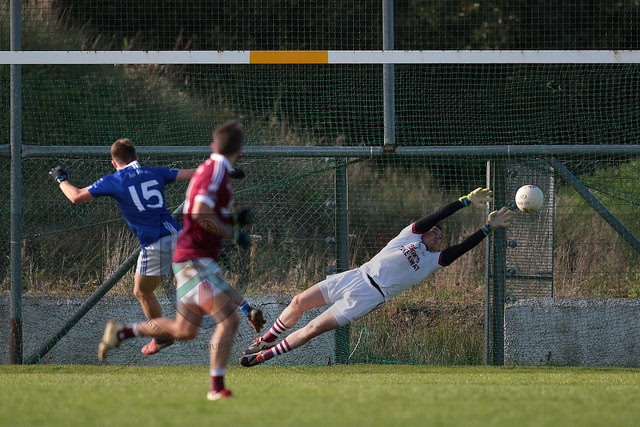 Reigning champions Scotstown made the most of their 2nd chance while Ballybay were left to rue not clinching victory when the sides met in Clones a week previous and left to further rue missed chances that could have affected the result of this absolutely cracking contest that was played in front of a bumper attendance in Clontibret on Saturday afternoon last. This was a full-blooded contest throughout, brimful of good football, hard-hitting, excellent scores and fine individual performances as well as being a game that could have gone either way as it was finely balanced throughout. The sides were level at the end of an action packed 1st half, Ballybay playing catch up with 2 late points and it was nip and tuck in the second-half as well, a period that saw Ballybay denied a goal from the penalty spot at a vital time, with an excellent save by Rory Beggan and Scotstown converting a penalty with 6 minutes of normal time remaining to give them a 6 points lead. That was a gap that Ballybay could not close completely and while they threw everything into salvaging the situation they just could not get through for the goal they needed and their disappointment was compounded when they had substitute Hugh Malone dismissed on a red card with 3 minutes of normal time remaining.