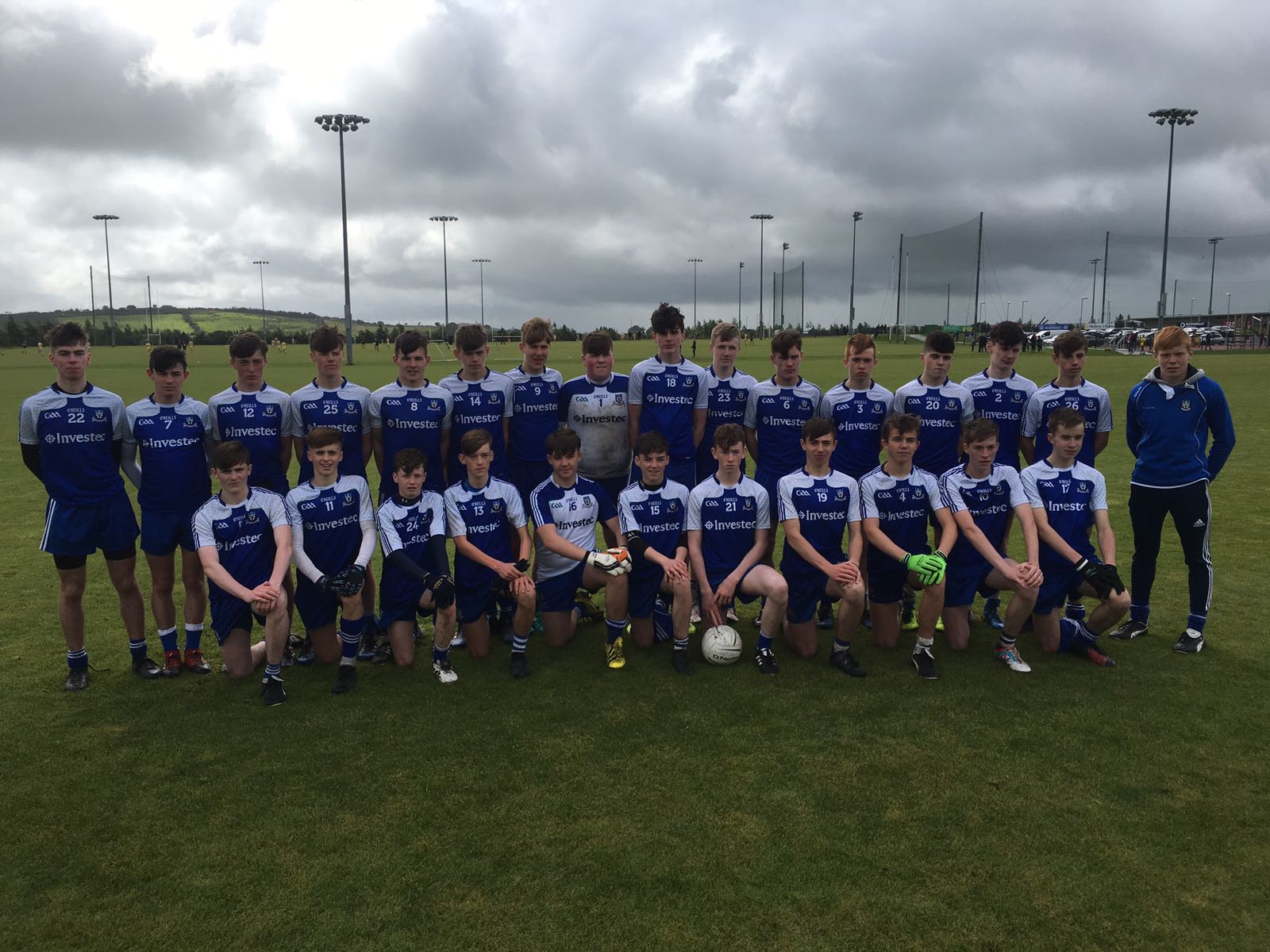 Last Saturday, the Monaghan U15 Development Squad participated in the final Ulster Blitz of the year at this age level in Garvaghey, Co. Tyrone. In this blitz, Monaghan had three matches, and came up against Derry, Tyrone and Donegal. Every player in the panel got 60 minutes of game time and was a good opportunity to put into practice what is being done on the training pitch.

Monaghan’s first match of the blitz was against Derry. Monaghan put in a strong first half performance and set the tone early on. The match finished Monaghan 3-09 Derry 0-01.

Our second match was against the hosts Tyrone. With the weather worsening as the day went on, it made for a scrappy affair with mistakes and handling errors being the common theme of this match. It led to scores being hard to get as well. Monaghan scrapped well for possession and managed to get over the line on a scoreline of Monaghan 1-04 Tyrone 0-04.

The final match of the blitz saw Monaghan take on Donegal. At this stage, the sun had come out though it was still very windy. Monaghan coped the better with the conditions and managed to finish the match very strongly with a scoreline of Monaghan 6-03 Donegal 0-03.

A special word of thanks to the players parents for their continued support in getting players to trainings and matches throughout the year.

Panel of players for the day were: