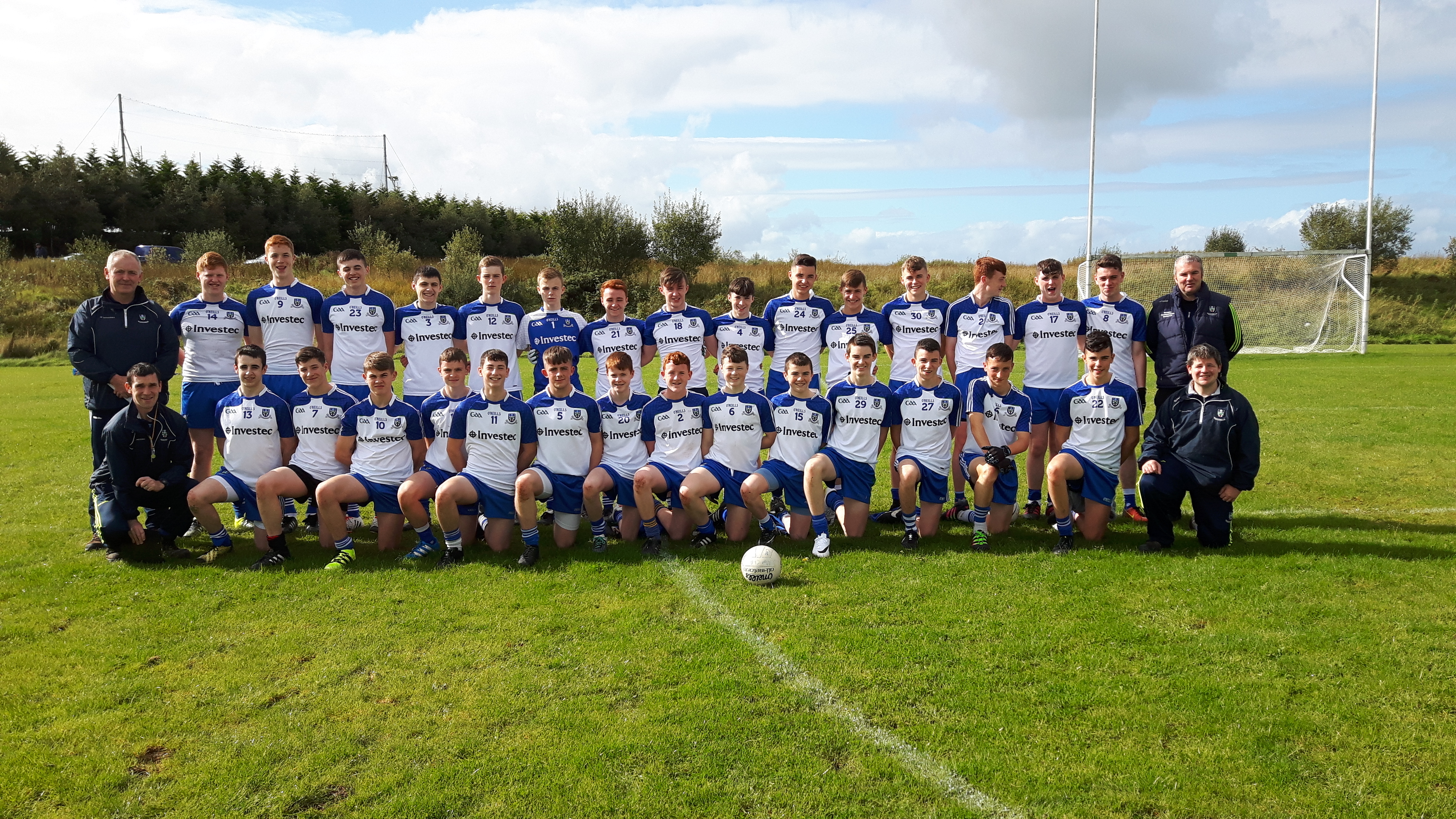 Last Saturday, the 10th September the Monaghan U15 Football Development Squad travelled to the Fermanagh Training Grounds in Lissan, which is just outside Enniskillen to take part in the final Ulster Blitz for this particular age group this year. Four counties took part in this particular blitz (Armagh, Cavan and Fermanagh) which each county taking one team with them on the day. They normally would take two teams to these type of blitzes but due to a number of injuries and players involved in club finals, Monaghan were only to take one team.

On the day Monaghan had a panel of 27 players. They played three games in total with each player getting a minimum of 30 minutes of football throughout the three games. Monaghan played Armagh in their first match, they got off to a good start and opened up an early lead. At the beginning of the second half Monaghan scored a goal to further stretch their lead but this was as good as it got. Armagh came back into the game and scored two goals of their own late on to end up winning the game by a single point. In their second game, Monaghan had a much more dominant display against Cavan and ran out comfortable winners on a score line of 2-09 to 1-04. In their final match against Fermanagh after getting a goal early into the game, Monaghan pressed home their advantage for the rest of the half. Fermanagh responded with a goal of their own early in the second half but Monaghan responded excellently to this set back by going onto score a goal of their own and run out winners in the end on a score line of 2-06 to 1-03.

Thanks to Tony Scullion and Ulster GAA for organising the blitzes throughout the year. They are always well organised and all teams can take a lot from the games.

The U15 Football Development squad will continue for another couple of weeks with the final game of the year taking place on Saturday 24th September. After this the panel will be reduced for the winter training programme. More details about training and the game will be sent out to the players in the coming days.