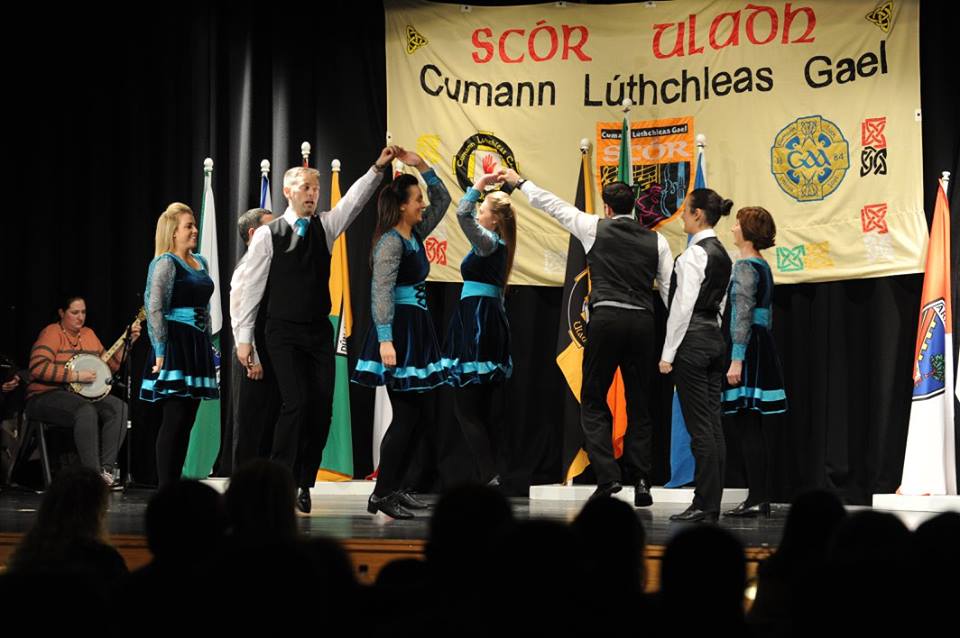 Last Saturday, in front of a capacity crowd in St. Patrick’s Grammar School in Downpatrick the actors from Gaeil Triúcha put on a fantastic performance in the Léiriú competition to beat the county champions from Dún na nGall, An Cabhán agus Tír Eoghain.

The experience and quality of the Emyvale dancers in the Rince Seit competition was enough to see off competitors from Doire, Tír Eoghan agus An Cabhán.

There were great scenes of jubilation from the Monaghan supporters when the results were announced. Both clubs have put tremendous effort and hard work into promoting Culture and Scór and truly deserve their Ulster Titles.

They along with the Drumhowan Quiz Team  now go on to represent their Club, County and Province at the All Ireland Final in Killarney on April 2nd.

Well done to all involved.