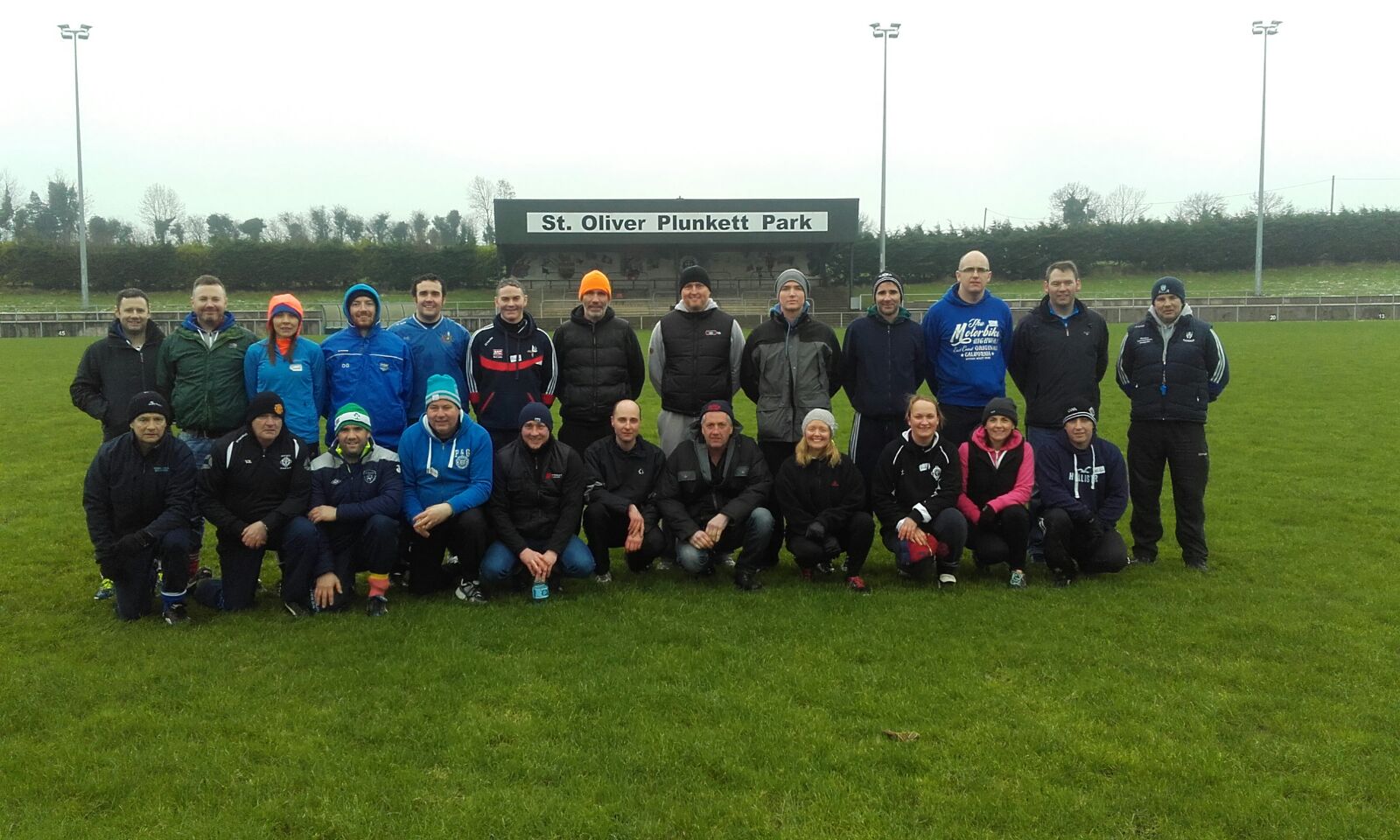 Monaghan Coaching & Games would just like to thank Kevin McGuigan, Diarmaid Marsden, Tommy Stevenson, Martin Corey and Tony Scullion who were the tutors for the workshops.

The next workshop of this current series will take place on Monday the 22nd February in Cloghan. It will look at the role of the Goalkeeper and will cover a number of areas related to the keeper such as kickouts, shot stopping and positioning. The workshop will start at 7.30pm and will take place outdoors on the field. The workshop is open to coaches and goalkeepers to attend. It will be suitable for players & coaches from U14 to Senior.

Finally, on Thursday the 25th of February, Ulster Hurling Regional Development Officer’s Pauric Dowdall and Ryan Gaffney will be taking a Coaching the Basics: Through Fundamentals, the skills and the game. This will be an indoor, practical based workshop which will go through a number of different games and skills and how to develop these in a fun & safe environment. It will take place in Our Lady’s Secondary School Castleblayney from 7.30pm to 9pm. This workshop will be free of charge and is open for any coach/ mentor working with players from U6 – U10 to attend.

Monaghan Coaching & Games have recently completed a number of Foundation and Level One Awards around the county.

The course, that included a business English course too, took place over two days, Friday the 15th and Saturday the 16th of January. Twenty three coaches completed the award after a very enjoyable two days. Nineteen of these coaches came from Emyvale & the other four coaches came from county Louth. The course offered the participants a chance to develop a broad knowledge of coaching skills and tips that they can implement in their own coaching sessions. Modules included Child Protection, Skill Development, Movement Skills, Games, preparing for and recovering from training and games, inclusion and integration, planning for variety and finally hints and tips for better coaching sessions. All the modules had both a practical and a theoretical aspect. Paul O’Connor & Colin Malone took the modules on the Saturday while Duana McArdle completed the Child Protection module on the Friday evening.

The coaches completed a number of different modules namely, the role of a coach, performance analysis, communication, tactical prowess, technical skills, team play, physical fitness, playing facts and psychological focus. All the modules had both a practical and a theoretical aspect. The tutors for the course were Colin Malone, Patrick McCarron, Paul O’Connor and Martin Corey.

We would just like to thank the coaches for attending the workshops and all the clubs for promoting the courses within their clubs.

Over the next month, Monaghan Coaching & Games will be running another series of Coach Education Course at both Level One and Foundation Level in both Football and Hurling. The majority of the courses are now full but there is still places available on the following courses. Players & Coaches who attended the simple but effective equipment for fitness programmes which took place in Cremartin GAA. Tutors Kevin McGuigan, Diarmaid Marsden, Tommy Stevenson along with Dermot McArdle from Gaelic Performance who gave a demo on his RAMroller products are also in the picture Dermot McArdle from Gaelic Performance giving a demo on one of the many drills you can complete with the RAMrollers. Tutor Colin Malone going through the roles of a coach with the Level One Youth/ Adult participants.