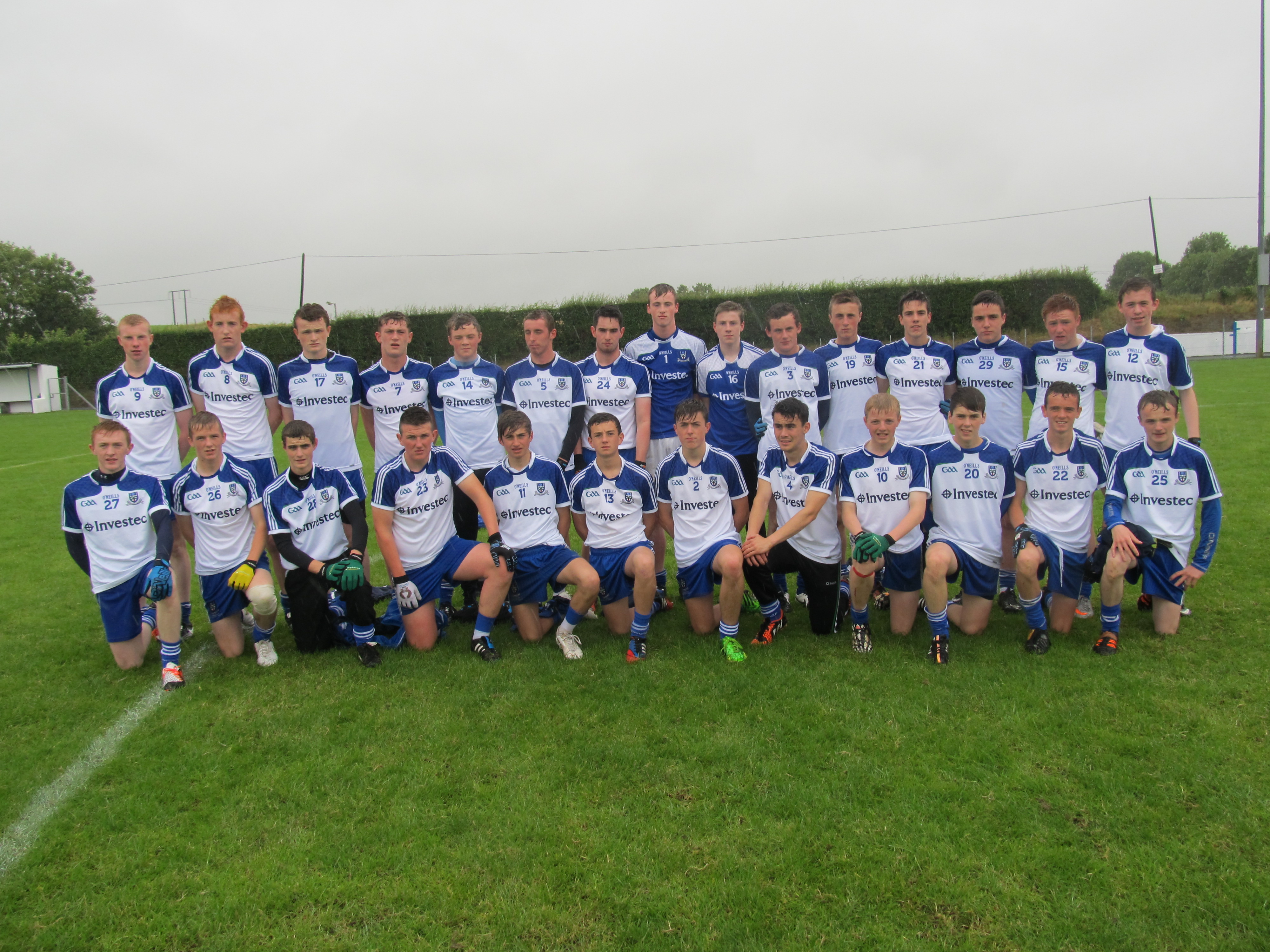 Monaghan’s dream start made it an uphill battle for Meath’s split squad in the Gerry Reilly U-16 FT Shield Final played in awful weather conditions on Sunday afternoon (26 July) in Millbrook, Oldcastle. The result never looked in doubt though Meath tried hard. A Monaghan point and quickly followed by two Robbie McAlister goals in the opening minutes of the game set them up for victory. The second goal came after a mix up in the Meath goalmouth. Liam Shaw pointed in the 9th minute for Meath’s opening score. Cormac O’Connell and Robbie McAlister points put Monaghan up by 2-3 to 0-1. Meath then had 3 unanswered points by the 17th minute. However they failed to score again in the half. They did have opportunities, but quite a few attempts of a score ended up in the Monaghan goalie’s hands. Monaghan went on to add 4 points to their tally before the break despite having registered 4 wides in this period.

Meath failed to score from frees on the restart. Conditions were difficult with the heavy rain. Despite the adverse conditions, Monaghan were on target with points from Robbie McAlister and Sean Burns. Liam Shaw again got Meath’s first score of the second half in the 49th minute. Both teams had made whoesale changes for the second half, but it was still Monaghan who were dominating the play. Monaghan’s, Conor Doyle was presented with the Millbrook Food Market ‘Man of the match’ award by Dermot Hawdon (Oldcastle GFC)

Monaghan could have been strong contenders for the Cup Final had earlier results gone their way. No doubt they will be a force in the future. The scoreline does not show the valliant effort of the Meath team who have potential.