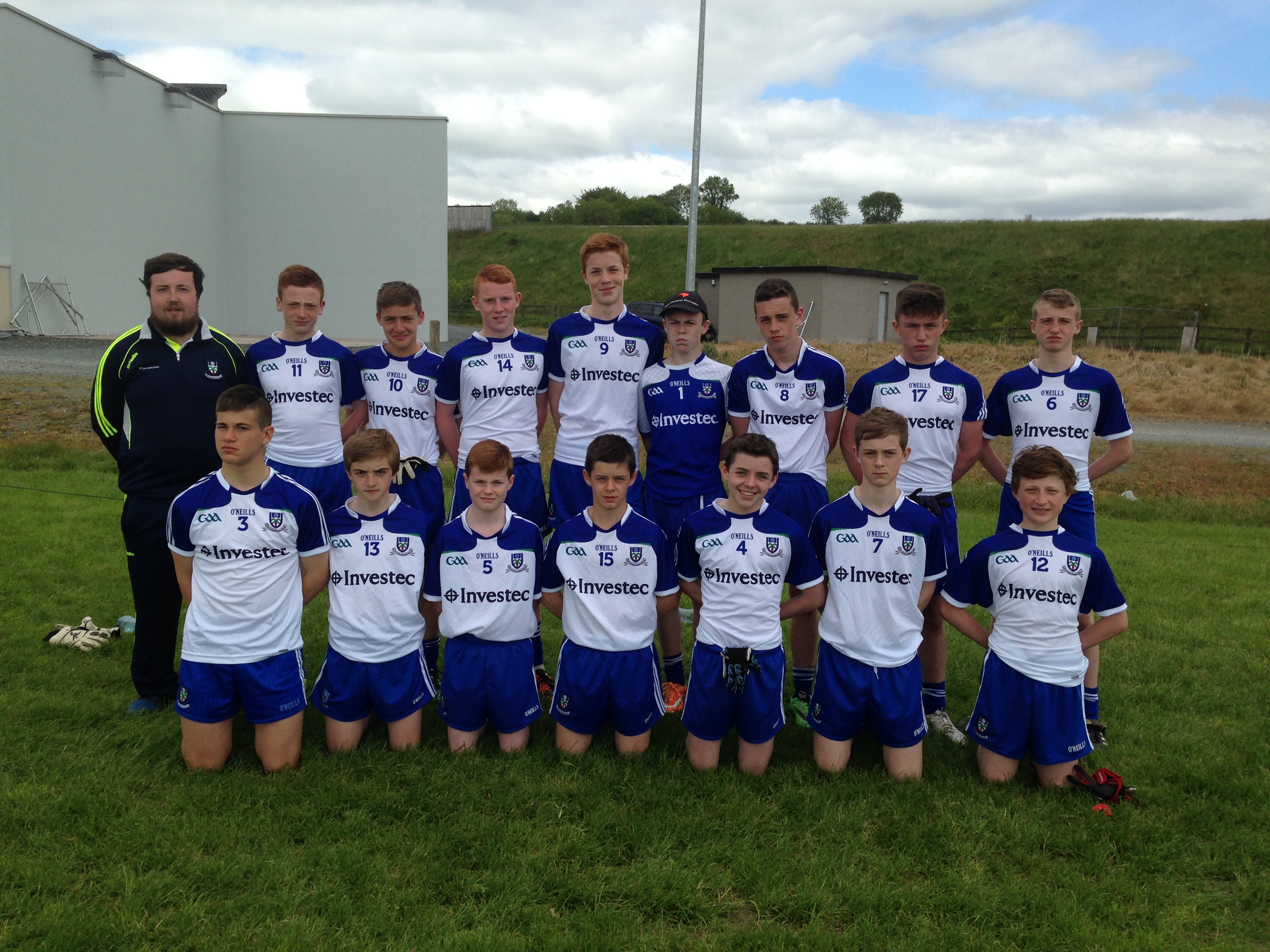 The first U14 Ulster blitz took place on Saturday in Cloghan. Monaghan, Cavan, Armagh and Antrim all participated in the blitz with 2 teams each. Armagh with the exception had 1 team. Each team played 2 games with 15 minutes a half in each game. Monaghan’s first game was against Armagh. Armagh had only 1 team so one of our teams played for the first half and the other played the second half. Monaghan started the game very well with a point by Darren Leegan. Robbie Hanratty followed with 2 points. Armagh responded with 1 point from play and that would be their last score of the half. Monaghan kicked on and Scores came a plenty, Jack Lynch, Bradley Maguire, Donnach Swinburne and Conor Cumiskey all getting a point but score of the half came from Enda McPhillips who kicked a fine score after a great run from corner back. Leon McCabe finished the half with 1-01 his driving runs from midfield helped Monaghan be in the position they were in.
The second half Monaghan changed their 15 players and immediately picked up where they left off in the first half. Mark Mooney scored Monaghan’s first score he kicked a high ball into the square and it chipped the keeper to land in the back of the net. Kevin Tibby followed this score with a fine point. Armagh got two points back but Monaghan got their 3rd goal of the day from Mark Mooney after good defensive play be Micheal Meehan and Andrew Moore. Niall McKenna found the back of the net thanks to again brilliant defending by Jack McGeown and Colm Bishop. Monaghan continued to rally with points from Oisin O Hanlon, Sean Jones and Mark Mooney. Monaghan finished the game with 3 goals. 2 from Niall McKenna and the last from Oisin O Hanlon. Final Score Monaghan 7-14 Armagh 0-04

Monaghan’s second game was against Cavan and both Monaghan teams were in action at the same time. Again both teams had very convincing wins.
Game 1 – Monaghan 3-13 Cavan 1-03.
Game 2 Monaghan 2-12 Cavan 0-01.