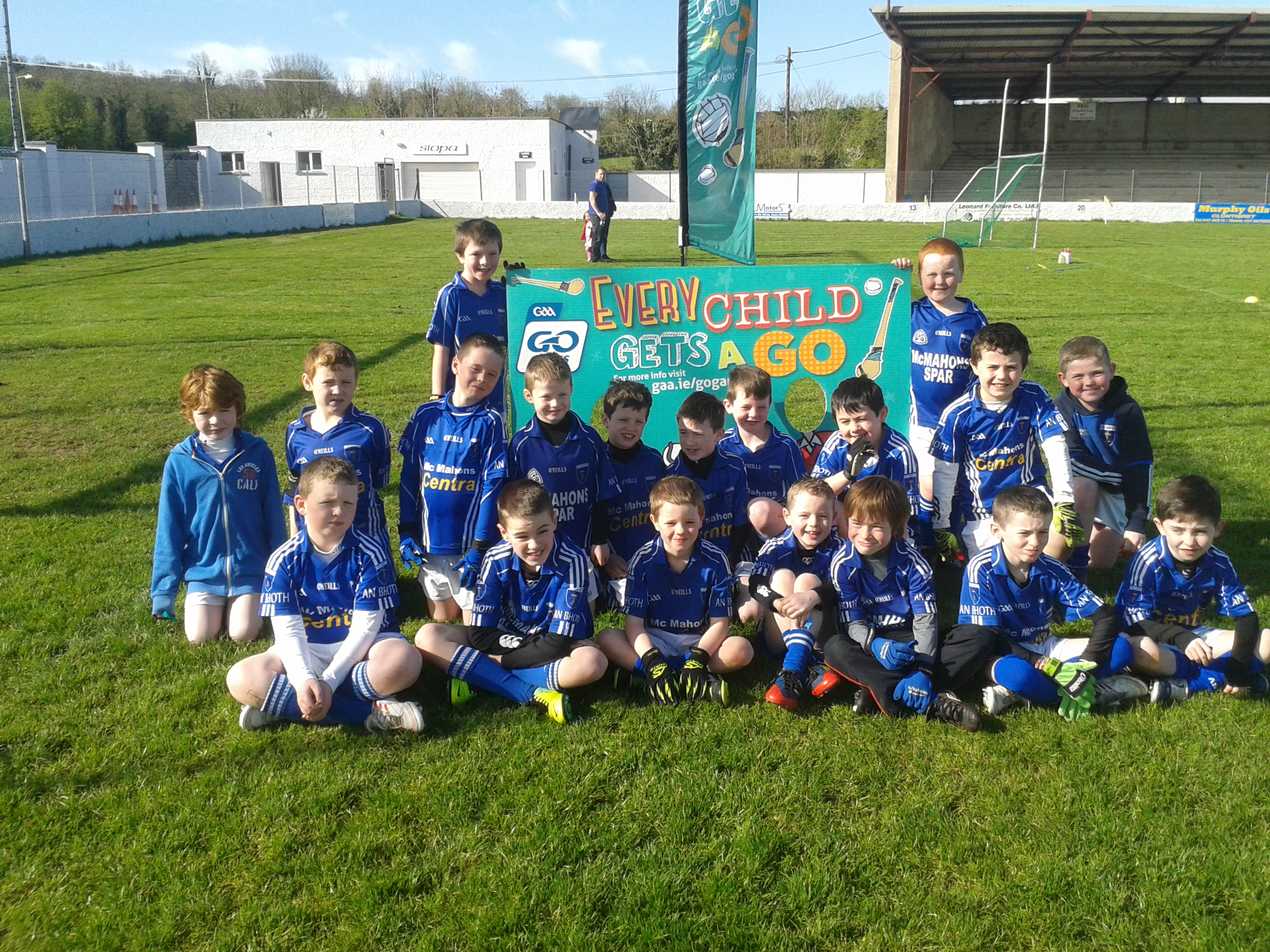 The first ever national celebration of GAA Go Games took place the week of April 14th-20th , with three days of blitzes in Croke Park, involving 1,500 children from all 32 counties. Monaghan celebrated the occasion with it’s first round of GoGames blitzes to coincide with the weeks events. The U10’s where first out this year with a round of blitzes taking place on Saturday the 19th of April at 5 different venues (Eire Og, Oram, Clontibret, Killanny and Monaghan Harps). In total there was 24 clubs represented with over 470 children taking part throughout the day. It was great to see a large turnout of clubs and players alike. Every child really did ‘Get A Go’ as the slogan says!

The following Saturday (26th April), the U8’s where out in action. Like the week before there was 5 different venues (Eire Og, Oram, Clontibret, Killanny and Sean McDermotts). A total of 22 clubs took part with over 420 children taking part. There would have been a large percentage of this group out playing there first ever game of Gaelic Football and we really hope they left the day with a smile on their face and keen to come back the next day.

As well as new players, there was a new group of Young Whistlers on show throughout the blitzes. It’s great to see new referee’s trying to learn their trade at this level and we hope a large proportion of these referees can progress to Juvenile Referees in the coming years.

Monaghan Coaching & Games would like to say thanks to all the host clubs for organising each blitz, we know the amount of time and effort that goes into running a GoGames blitz and we like to thank everyone that helped out in anyway possible. The blitzes would also not be a success without the clubs showing up, so once again thanks for your ever increasing support of this initiative and we hope to see it grow and prosper throughout the year.

The next round of blitzes take place on the following dates

See below for a selection of photographs from the various blitzes.